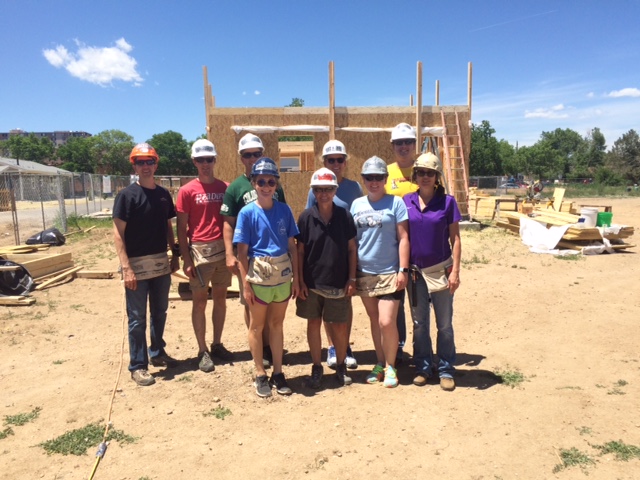 Members of RMSA participated in a day of volunteering with Habitat for Humanity on June 15th, 2017.  Activities for the day included installing floor joists and fortifying the first story structure in preparation for second story framing.  The residence was located at College View, near Yale and Federal, in Denver, CO.

RMSA was recognized by the national SFAA organization as 1 of 3 local chapters to earn the Gold Award for our efforts in promoting the use of contract surety bonds in construction.  Will Pfanmiller, Brent Eggers, and Tom Patton went to Washington DC to accept this award and participate in SFAA’s Congressional Action Day.

As part of SFAA’s Congressional Action Day, we met with Senator Cory Gardner’s office and promoted the use of surety bonds on P3 procured federal projects.

Established in 2005 by the Surety & Fidelity Association of America (SFAA), The Surety Foundation is a 501 (c)(3) stand-alone educational organization. The Foundation administers the Surety and Fidelity Industry Intern and Scholarship program as well as develops and implements new educational and public service program initiatives.

RMSA donated $500 to charity at our 2016 Holiday Party.  Turnout was great at this years’ Holiday Party.  We chose Toys For Tots as our sponsored charity, and nearly every attendee out of the 100 people that showed up donated cash or toys.  Two Marines were present and facilitated the collection of donations.  Everyone was very pleased with the generous donations raised by the group!